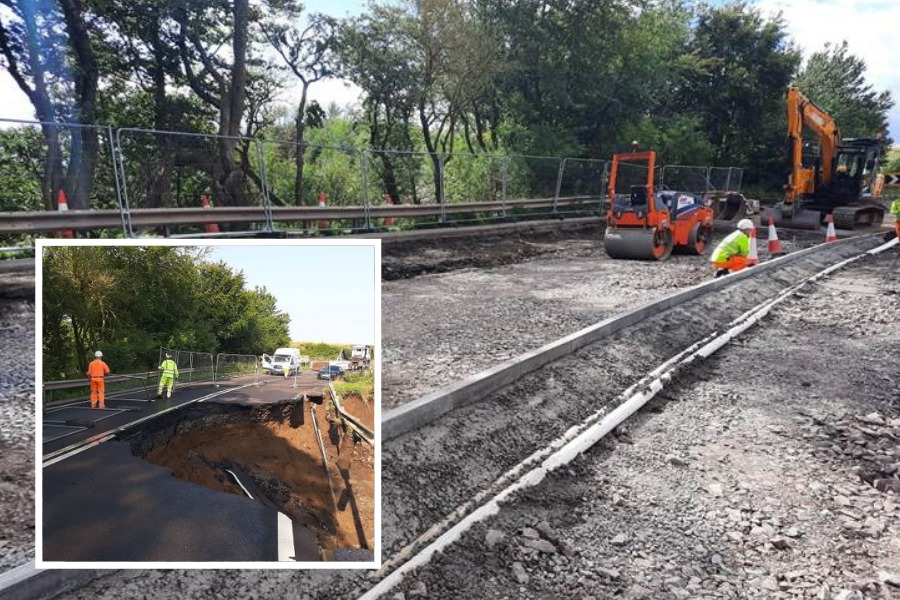 THE A68 will reopen to motorists on Monday (September 7).

A section of the road near Fala was badly damaged due to bad weather three weeks ago.

But most of the repairs will have been completed by this weekend, allowing drivers to use the route again next week.

Traffic lights will be in place until the end of next week, allowing for further work to be done on the verge, footpath and drainage.

Five thousand tonnes of rocks were cleared from the site after the collapse on August 12, and a three-phase rebuilding plan was implemented.

BEAR Scotland’s representative for the South East, Andy Thompson, said: “From the moment BEAR Scotland took over, our priority has been to get the A68 rebuilt and reopened as quickly and safely as possible.

“It’s been a real team effort to reach this stage, from the engineers designing, planning and supervising the repairs, to the workforce on site operating the machinery and carrying out construction work.

“We’ve been very aware of the impact of the closure on road users and local communities, and a great deal of work has gone into liaising with local authorities and other stakeholders to mitigate the disruption and keep the public informed.

“We’re grateful for the patience and understanding everyone has shown and are pleased that traffic will soon be able to use this important route once again.”

Roads in the south of Scotland, which were previously cared for by Amey, were taken over by BEAR Scotland on August 16.