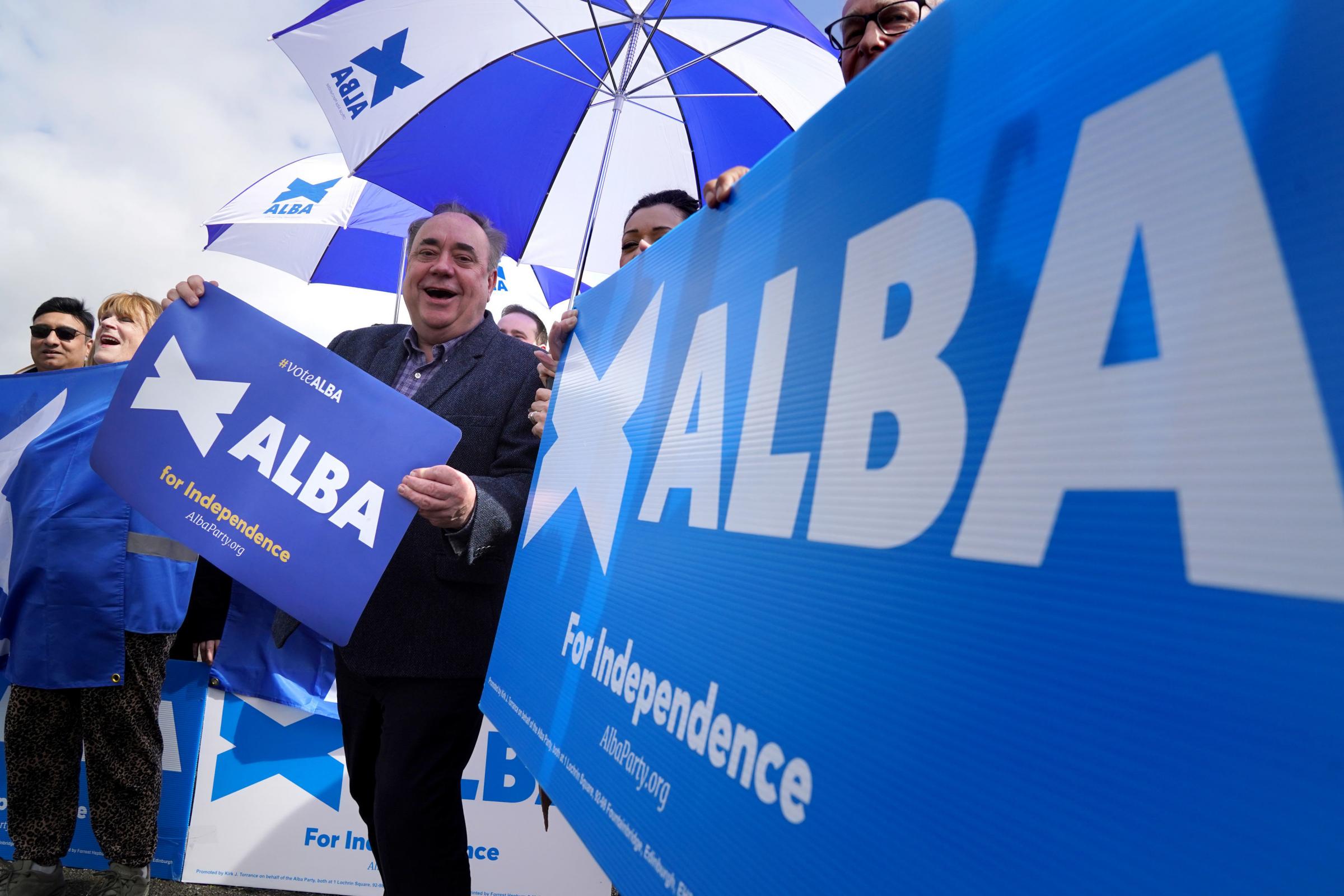 SCOTLAND’S former First Minister Alex Salmond is expected to pledge to work “side by side” with his successor’s government in the drive toward a second independence referendum when he speaks in the Borders this month.

Current First Minister Nicola Sturgeon this week proposed October 19, 2023, as the date for a second vote.

Ms Sturgeon has written to the Prime Minister Boris Johnson to ask for formal consent for the vote to be held.

But she has pledged to press on with the plan if this was not granted by the UK Government.

With the drive towards another independence vote very much on the agenda, Mr Salmond and senior members of his Alba Party are to launch the ‘Wee Alba Book’ at the Corn Exchange in Melrose on the afternoon and into the evening of Sunday, July 10.

The book presents a concise case for independence in its 48 pages.

The event is set to start at 4pm and will lead on to a gathering and a ceilidh for Alba members and supporters with the public also invited to attend a question and answer session.

Alba Party spokesperson Dr Andrew Docherty said: “The leader will commit to working side by side with the Sturgeon government on the independence agenda.

“This is the beginning of a national debate being held here in the Borders.”

Mr Salmond, First Minister between 2007 and 2014, this week called for ‘clarity’ on the route to a second referendum.

He said: “The first question on independence is not its desirability but it’s achievability.

“That’s why we now need total clarity from the First Minister on Scotland’s route to independence.”

Ms Sturgeon has stated that any referendum would need to be “indisputably lawful” and constitutional – with the Supreme Court being asked to rule on whether the Scottish government has the power to hold a vote without UK government approval.

In response the UK Government said it would examine the First Minister’s proposals, but stressed that its position that “now is not the time” for another referendum had not changed.