RED squirrels in Scotland can be an elusive bunch, but autumn is the best time to see them.

Autumn is when the squirrels come down from their treetop summer homes to search for the bounties needed to get them through the harsh winter.

Scotland has as many as 75 percent of the UK’s 160,000 red squirrels, according to a Wildlife Trust report, but finding them can seem an impossible task.

Luckily, Scotland has 19 “red squirrel strongholds”, which are far removed from invading greys and the pox they bring with them.

Comprising large areas of coniferous and mixed forest, red squirrel strongholds are managed to give the native red an advantage over the invasive grey.

It’s hoped that they will act as red squirrel refuges, even if grey squirrels continue to extend their range into Scotland.

Here is a full list of the red squirrel strongholds, which are the best places in Scotland to see red squirrels. 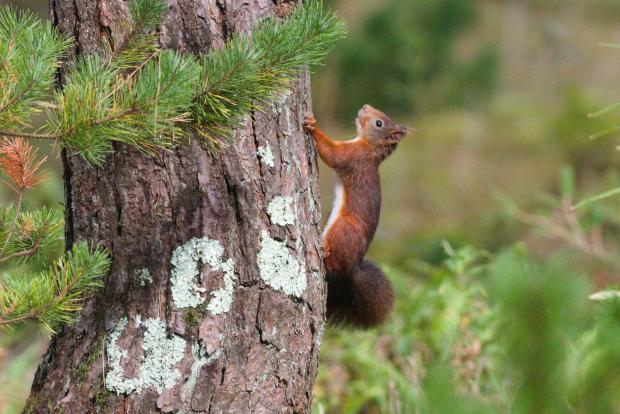 This tiny village in Dumfries and Galloway has been off the beaten track since the Romans left Caledonia.

Notable for its archaeological remains and Samye Ling Tibetan Buddhist monastery, Eskdalemuir also has a fair population of red squirrels.

Covering the forest around the River Dee as it flows from Clatteringshaws Loch to Stroan Loch, this area holds a sizeable red squirrel population.

Following the A762 from New Galloway to Mossdale along Loch Ken skirts the boundary of this red squirrel stronghold.

The isle of Arran stands apart. It is an island sanctuary where red squirrels not only survive but thrive in the woods which stand in the shadow of Goatfell.

They were introduced to the island in the 1950s by the then Duchess of Montrose, who got them through an Exchange and Mart from Belgium.

A prime spot to catch red squirrels is at Brodick Castle, Arran’s grand estate, which extends from seashore to mountain top and is cared for by the National Trust for Scotland.

Glenbranter, near Loch Eck in Argyll, offers a range of walks and trails through Argyll Forest Park which offer the chance to spot some of the native red squirrels.

The first trees of what was to become the Argyll Forest Park were planted here in the 1920s, after entertainer Harry Lauder leased the ground to the Forestry Commission.

These three red squirrel strongholds all sit close together.

Kilmichael and Eredine envelope the Argyll towns of Inveraray and Lochgilphead, while Inverliever covers the forests between Loch Awe and Loch Avich.

Along with the Crinan Canal and the Knapdale beaver sanctuary, these strongholds offer a strong reason to visit the forests south of Oban. 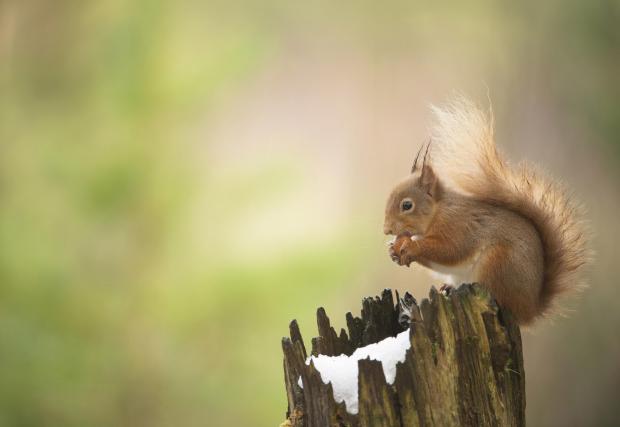 As the name would suggest, this Scots red squirrel haven sits on the south bank of Loch Rannoch, near Tay Forest Park.

The area is steeped in Scottish history, and sits on what was once the main route from the east to the west coast of Scotland, known famously as the Road to the Isles.

Outside Fort William and in the shadow of Ben Nevis, Leanachan offers a great opportunity to spot some red squirrels among its towering trees.

Famous worldwide for its mountain bike trails, Leanachan forest is popular for walking, running and gentle cycling, with miles of trails under the northern slopes of the UK’s highest peak.

Despite the name, this red squirrel stronghold does not stretch from Balmoral to Inver, but instead runs east from Braemar to the Queen’s famous estate in the Cairngorms.

Following the River Dee for around 10 miles, the stronghold is the perfect place to try your luck red squirrel spotting in Scotland.

Following the A97 north out of Dinnet on the River Dee, and then following the River Don to Strathdon will bring you to the northern tip of this red squirrel stronghold.

The largest of the human communities in the area is Bellabeg, just north of Strathdon church. Squirrel communities populate the forests to the south, which offer ample opportunities to meet some of Scotland’s natives.

Just on the other side of the River Spey to the small Highlands town of Kingussie, Inshriach and Glenfeshie provide the perfect habitat for red squirrels.

In the shadow of the Cairngorm mountains, the smaller B970 road can be followed through the red squirrel stronghold.

Just outside the town of Aviemore, this area of the Cairngorms national park offers plentiful chances to spot red squirrels, including a feeder just outside the village of Nethy Bridge.

A short distance away is the Loch Garten Osprey Centre, which, in 1954, was the first place in the UK to have a breeding pair of the raptors after they were considered extinct on these islands in 1916.

Covering the area south of Inverness from Daviot to Loch Moy, this red squirrel stronghold is easily accessible to anyone visiting the Highlands’ largest city.

Taking a short detour and following the quieter B9154 rather than the busier A9 will provide ample opportunity to spot one of Scotland’s more elusive red residents.

This red squirrel haven runs from the Scottish Dolphin Centre on the mouth of the River Spey and inland to around the village of Rothes.

While in the famous Speyside area looking for wildlife, it would be a shame not to try a dram of the local whisky. Rothes alone has at least six distilleries!

The beautiful stretch of coastline from Nairn to the mouth of the River Findhorn acts as another Scots red squirrel stronghold.

RSPB’s Culbin Sands nature reserve is accessible nearby as is the historic Brodie Castle, so there’s a lot more to do in the area if one of the area’s local reds doesn’t show its face.

Away from the coast, the Black Isle’s inland area has a healthy population of red squirrels.

Extending along the road from roughly Dingwall to Alness, and deeper into the wilderness towards Loch Glass, the Glen Glass stronghold hosts a thriving community of red squirrels.

Squirrel seekers in the area should also take the time to hike up to the Fyrish Monument, which offers stunning views out over the Cromarty Firth.

Last but not least is Morangie Forest. This red squirrel stronghold extends all across to almost encompass the famous distillery which made the area a household name.

Designated as a European Special Protection Area because of the rich variety of habitats, visitors should take time to explore the forest before heading straight for the whisky!

To see all of these red squirrel strongholds on a map, click here.