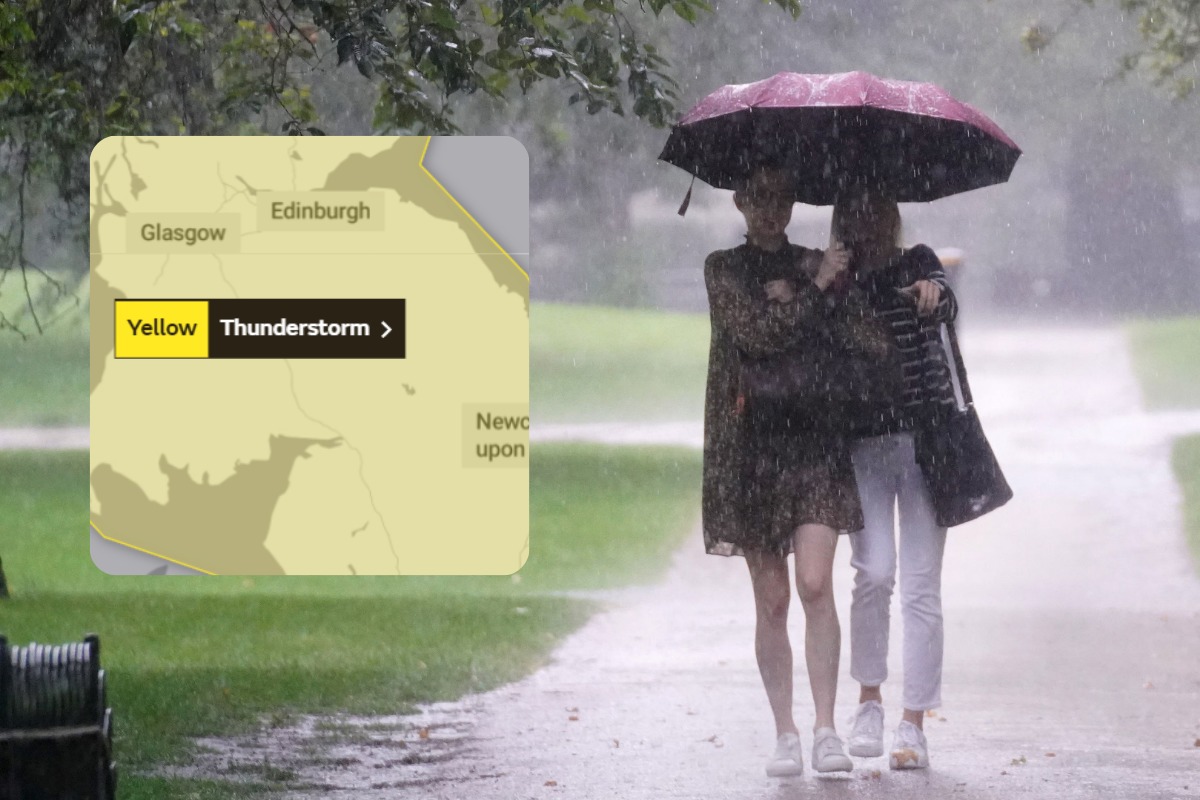 THE Borders has been issued with a yellow thunderstorm warning by the Met Office.

According to a spokesperson for the forecasters, heavy showers and thunderstorms on Thursday (September 9) have the potential to bring surface water flooding in a few places, and disrupt travel.

The weather warning covers the period between 10am-8pm on Thursday.

“Following overnight rain and showers, more intense showers and thunderstorms are expected to break out fairly widely from late-morning, before easing during the evening,” said the Met Office spokesperson.

“Whilst many areas will miss the most intense storms, torrential downpours are likely in a few places.

“Where these occur, there is potential for 20 to 30mm of rain in less than an hour and up to 40mm in two hours. This will have the potential to generate surface water flooding, especially if it falls over an urban area.”

The thunderstorm warning covers most of Scotland and large areas of England.

ELECTED officials have overruled the council’s planning officers after backing a proposal near a Borders village due to “exceptional circumstances”. Border Telegraph | News…

A MAIN road in Galashiels was closed to motorists this morning following reports of a car on fire. Border Telegraph | News…

Founded in 2017, Borderlink was established to help provide broadband services to the areas surrounding the Scottish Borders, particularly in the more rural areas currently underserved by other operators. Border Telegraph | News…

Fuel poverty is defined by the Scottish Government as any household spending more than 10% of their income on energy – after housing costs have been deducted. Border Telegraph | News…