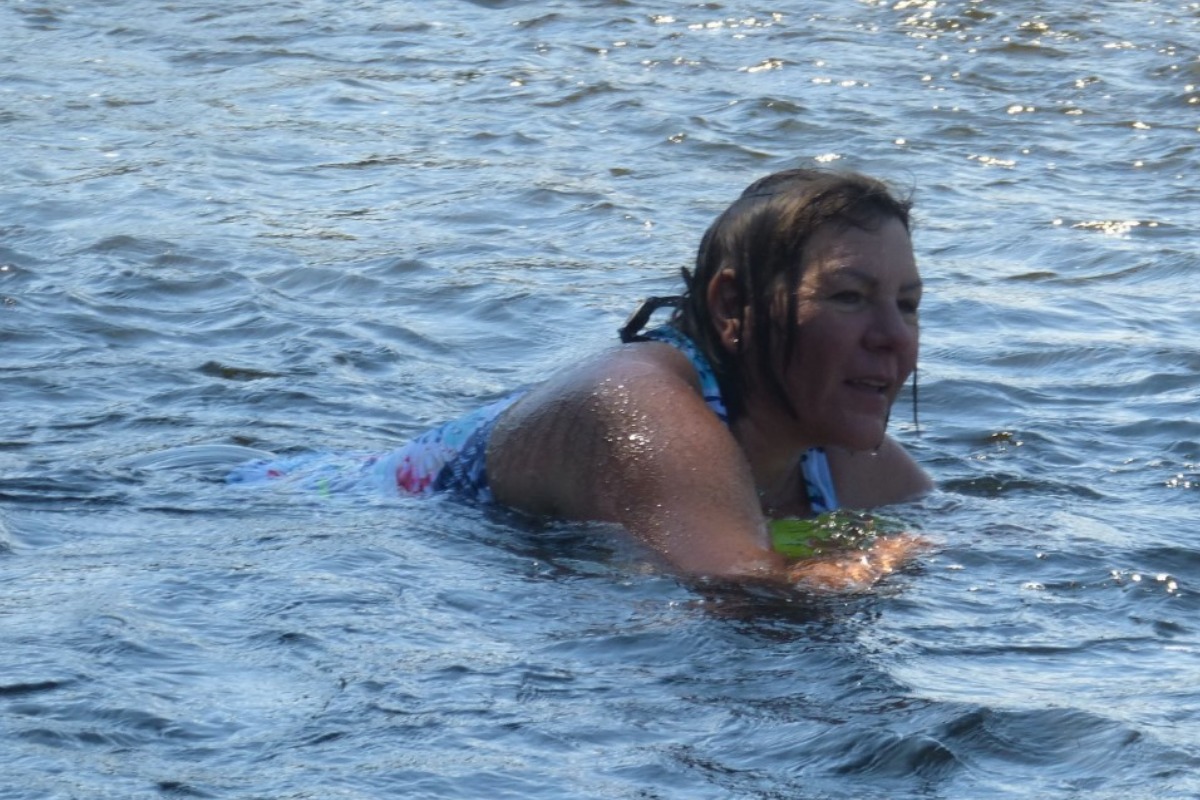 A FORMER president of Galashiels and District Rotary has been ‘trekking’ the River Tweed to raise funds for the Borders Water Rescue Team.

Lynda Stoddart decided to take on the challenge of more than 100 kilometers, which started on July 17 at Lyne Station and ended on Sunday, August 1 at Berwick.

She swam, floated and trekked for more than five hours each day and was supported by not only her own Rotary Club, but also the Rotary Club of Selkirk.

READ MORE: Writers, thinkers, diplomats and politicians to appear at Beyond Borders Festival

She was also joined by canoeists for safety along with two friends who came along on the Yair Bridge to Dryburgh stage.

There is no record of anyone having attempted this before.

Lynn also received support from the bridges and riverbank by her mum Liz, who is this year’s president; members of the club and other well-wishers.

“I loved every minute of it,” Lynda told the Border Telegraph.

“As far as we are aware it’s not been done before, so we made a bit of history.

“I’ve always loved water and with the Tweed on my doorstep I thought it would be a great idea.

“It really was a fantastic way to see the river and to give the Borders Water Rescue Team (BWRT) a bit of exposure and some money to help update their health and safety equipment.

“It would have been good to swim the whole way but when the water was too shallow, I walked.

“I was supported by kayakers from the BWRT and Leven Paddle Club along with my family on the bank and thankfully it was fantastic weather.

“I had been concerned about the cold water, but it held the temperature and was fine.

“I really enjoy wild water swimming which is a whole new dimension but the water needs respect and doesn’t always get it.

“There have been a number of fatalities which is why water education is so important. Along with Wild Swimming Borders and the BWRT we intend to prepare a presentation on the subject which will be shared online.”

Donations to support Lynda’s challenge can be made through her just giving page at www.justgiving.com/crowdfunding/TrektheTweed or by texting TWEEDTREK to 70085 to donate £5.