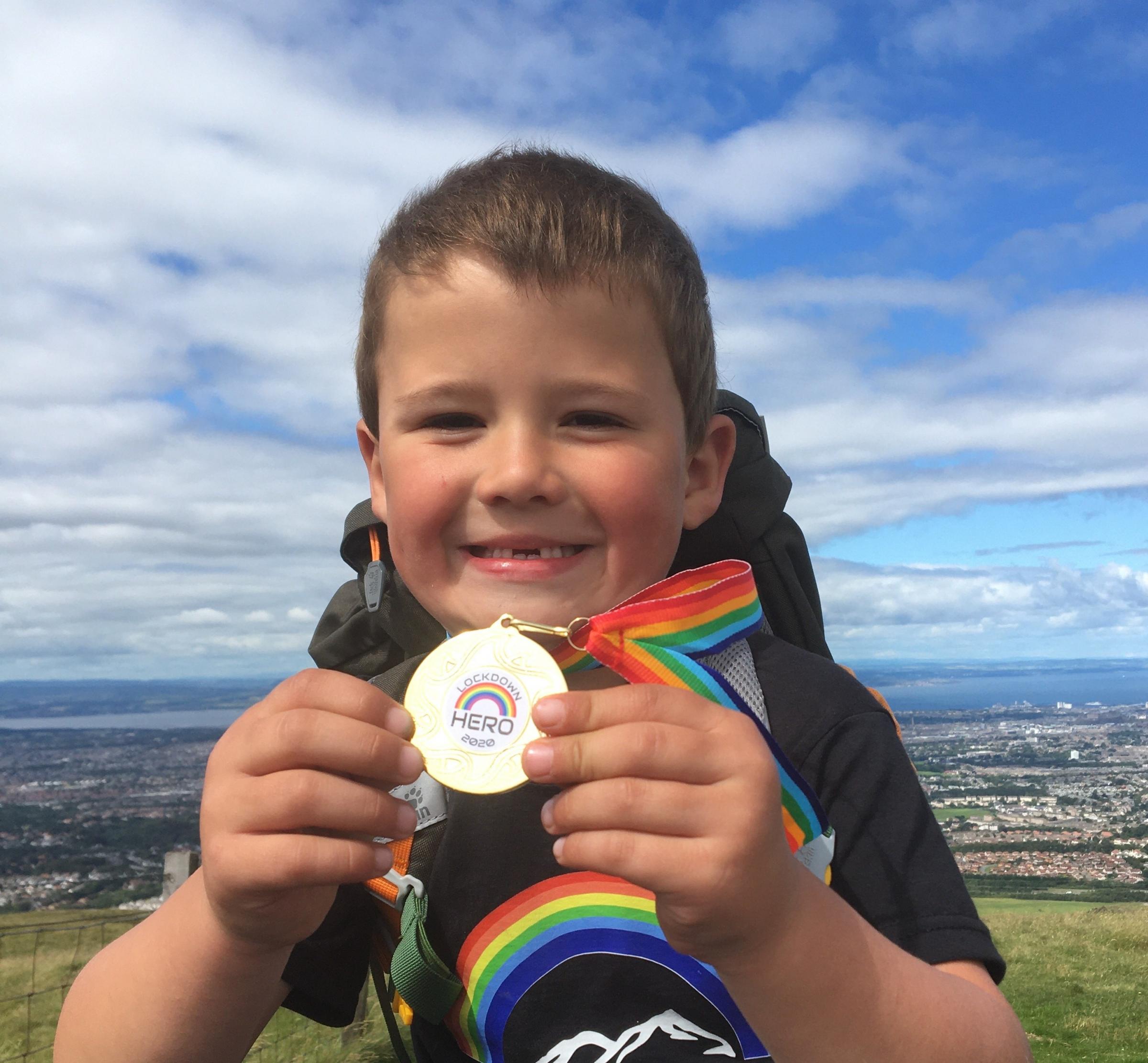 A SIX-YEAR-OLD boy has climbed six peaks of the Pentland Hills to raise money for the Borders General Hospital (BGH).

Hamish King has generated more than £1,400 following his efforts on Saturday, July 11.

His mum Sarah said: “He found it difficult, but it was well worth it.”

Mrs King, who lives in Howgate, near Penicuik, said her son was inspired to kick into action after hearing about coronavirus on the news and worrying about his aunt Mhairi, who works at the BGH.

After Hamish visited his grandfather, “Grandad Munro”, the youngster set himself the challenge of taking on six of the Pentland Hills – one for every year of his life.

During the walk, Hamish was joined by his mum and Grandad Munro. The trio wore specially designed T-shirts for the occasion.

Mrs King, who works in finance, told the Border Telegraph: “We started at 8am, and thankfully it was dry with a breeze.

“By 11.30am we had already walked four hills. It did take longer for the fifth and sixth hill though.

“He [Hamish] found it difficult, but it was well worth it.”

At the time of going to press, Hamish’s fundraising appeal has raised £1,470, smashing his original target of £100.

Speaking of her son’s commitment to the steep task, Mrs King said: “I was surprised he thought of it.

“My sister-in-law, Mhairi, is really proud of him too.”

Although Mrs King thinks her son would take on another challenge, when she put the question to Hamish, she was amused by his response. He said: “No, it was too difficult.”

A 35-YEAR-OLD man under the influence of Valium caused a disturbance at a house in the Borders after claiming he was trying to find his lost dog. Border Telegraph | News…