A BORDERS woman is using her experiences of endometriosis to help others in the region.

The menstrual condition causes endometrium – tissue similar to that lining the womb – to grow away from the uterus.

Tao McCready, of Selkirk, was diagnosed with endometriosis in 2017 and created the Borders Endometriosis Support Group in 2019.

“I very quickly realised there was nothing in the Borders to support people,” she said.

Endometriosis affects one in 10 people, but the condition is not widely discussed, says Tao.

“People don’t see us,” she said. “They think the pain is only when we’re on our period, but the symptoms can happen all the time.

“It’s so common but it’s not talked about which infuriates me.”

It took Tao 17 years to be given her diagnosis, in which time she had been misdiagnosed with irritable bowel syndrome and borderline personality disorder.

Tao after her surgery in September

Now, she lives with an extreme form of the condition which causes chronic pain, fatigue and mood swings. It has also made her infertile.

After everything she had been through, Tao was determined to offer the support she wanted to others.

After creating the two Borders support groups (one public and one private) in 2019, Tao completed her training with Endometriosis UK last year.

“For me, I’ve found great comfort in running the group,” said Tao. “It helps with my pain management. In my mind we could live in fear or do something. So I had to do something to help.

At the beginning of 2020, Tao was set to have surgery to help with her endometriosis, but due to the coronavirus pandemic, the treatment was postponed.

Then, during lockdown, a 9cm ovarian cyst ruptured, and Tao had to wait a further four or five months for her surgery to be rearranged.

The open Facebook group ‘Endometriosis Awareness in the Scottish Borders’ is used as a platform for Tao and her co-leader, Lorna, to help raise awareness of endometriosis to everyone.

However, the closed group – ‘Endo Borders – Support’ – is a space for anyone suffering from the condition, regardless of gender or age, to come together, ask for support or just vent about their struggles.

And Tao runs her group a little differently to many other support groups.

“We give slightly different support,” she said. “I’m available 24/7.

“In November, I was on a video call with a parent who had taken her daughter to A&E and doctors weren’t doing anything – they weren’t listening to her.

“It was 2am and she was distraught.

“I did some breathing exercises with her and I was told she went back in to the doctor with a vengeance.”

Although currently unable to meet for their usual face-to-face meetings, during the last year the Borders endometriosis support group has run virtual meetings, support over social media, and Tao has also organised webinars where special guests have joined for discussions with members. 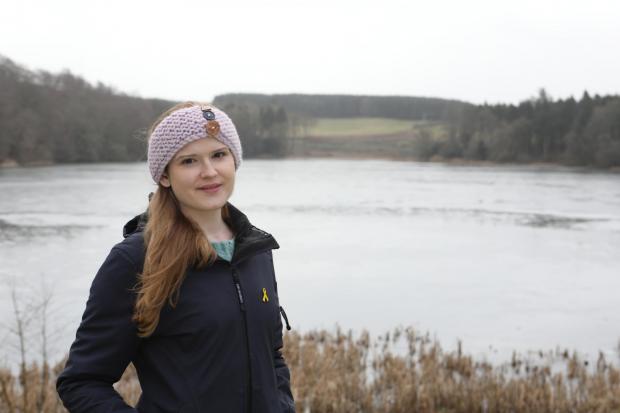 Tao McCready wants people to know they are not alone. Photo: Helen Barrington

Despite the bumps in the road posed by lockdown, Tao is determined to reach all Borderers who may be struggling with endometriosis and who are in need of help.

“I know more people are out there,” she said. “If one in 10 of us has it then by our group numbers I don’t have enough members.

“I want to raise awareness of the condition and of the group. I want people to know they’re not alone.

“Everyone needs support in different ways which is why we do a variety.”

For more information on endometriosis and support available in the Borders, visit the Facebook page ‘Endometriosis Awareness in the Scottish Borders’.

A TEENAGER suspected of being drunk drove off and struck a police officer despite a colleague smashing the driver’s window and trying to grab the car keys. Border Telegraph | News…

A 22-YEAR-OLD man who burst into a pensioner’s home and along with his brother attacked the 67-year-old has avoided a custodial sentence at Selkirk Sheriff Court. Border Telegraph | News…

BACKGROUND reports have been ordered into a Borders man who admitted stealing a laptop and other items from a friend’s house. Border Telegraph | News…

THE Met Office has issued a thunderstorm warning for the Borders, with the weather potentially causing “flooding and transport disruption”. Border Telegraph | News…