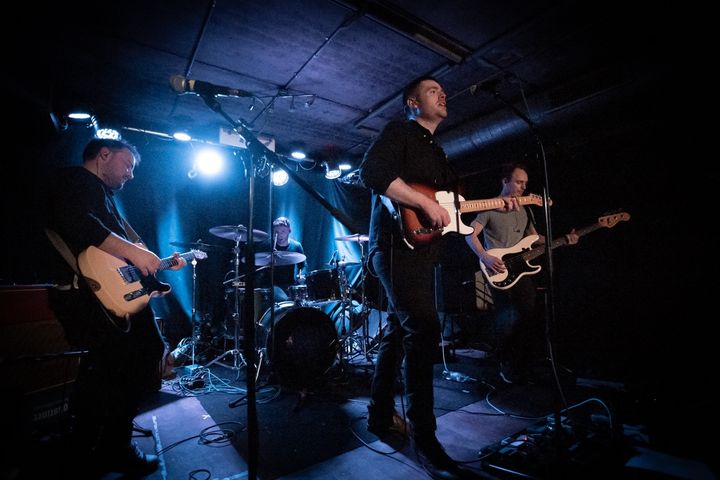 Building on previous critically-acclaimed projects, wrest were reborn in 2018 with the launch of debut single ‘Adventurers’, quickly building a strong live following. Two more singles followed, with ‘Hope Springs’ and ‘Human’, the lead single from debut album ‘Coward of Us All’ (BBC Radio Rapal Album of the Week). Songs from the album are regularly played on BBC Radio, including The Roddy Hart Show and Rapal. In 2019, ‘Human’ was added to Spotify’s Lost in the Woods playlist, taking wrest to a larger national and international audience.

Since the album launch, wrest have toured across Scotland and beyond, with sell-out shows up and down the country including Glasgow, Edinburgh and Lerwick, Galashiels.

wrest have made an explosive start to 2020, with a sold-out headline show at Celtic Connections in Glasgow, the first sold-out show of the festival, then selling out their biggest ever headline show to date at Edinburgh’s Mash House in February with a month to spare.

Don’t miss this must-go gig from one of Scotland’s most exciting emerging live acts.

“An emotional adventure you have to experience” Independent Music News

“Ones to Watch 2020” Independent Music News