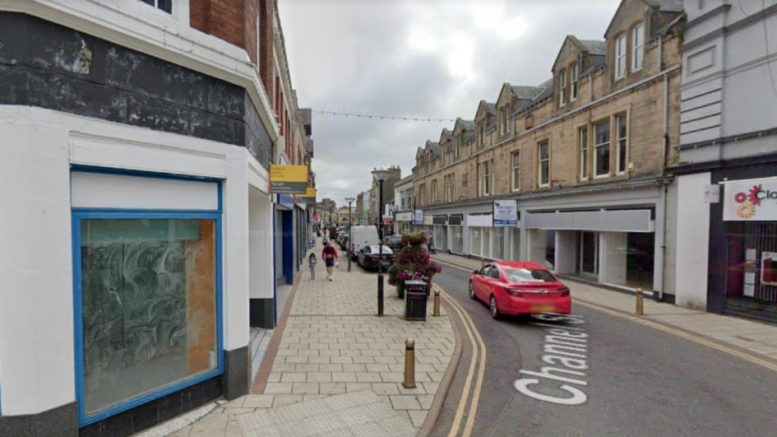 THE green light has been given for the rebirth of a key part of Galashiels town centre after closure of a major retailer almost five years ago.

Proposals for a mix of retail and food and drink outlets and workshop units at the former Home Bargains store at 25 Channel Street have been rubber-stamped by Scottish Borders Council.

The store closed in 2018 when the company relocated to larger premises in Stirling Street, opposite the town’s transport interchange.

The former store has stood vacant since that time and it takes up a prominent space on the shopping thoroughfare.

Now Newcastle-based Mors Vincit Omnia Limited plan to sub-divide the buildings for various retail and workshop uses, although no specific trading outlets are as yet identified.

The proposal for the ground floor is for three retail units fronting Channel Street, with associated staff and toilet areas, together with three workshop units, for small business use, to be accessed from Park Street.

The application has been agreed by Carlos Clarke, the council’s lead planning officer, who noted a lack of workshop space in Galashiels, a fact witnessed by the waiting list for units in Huddersfield Street.

His report adds: “The application provides flexible business space, and a possible exceptional offering for an emphasis requiring a small retail element combined with the possibility of workshop space.

“It should contribute towards increased footfall in the town centre, and the location’s vitality.

“Three retail units would remain, but their size would mean significantly reducing the retail offering. However, the Economic Development Service consider it is an exceptional offering, i.e small retail units with possible workshop space. The retail units will be on the frontage so, therefore, will maintain the town centre core activity retail contribution.”

A planning report submitted with the application, from Galashiels-based Aitken Turnbull Architects, says: “Retail/food and drink uses will be maintained on the Channel Street frontage with workshop space providing a compatible mix of uses in the remainder of the building.

“The proposed mix of uses will increase town centre activity and support new job creation and the local economy.”

A BORDERS brewery aimed at ‘thrill-seekers’ has received a licensing boost. https://www.bordertelegraph.com/business/rss/…

THE Borders home of a popular radio station is set to close in favour of a move to a “world-class” facility in Edinburgh. https://www.bordertelegraph.com/business/rss/…

THE green light has been given for the rebirth of a key part of Galashiels town centre after closure of a major retailer almost five years ago. https://www.bordertelegraph.com/business/rss/…

A PLANNING bid for nine affordable three-bedroom family homes in Innerleithen has been approved by Scottish Borders Council. https://www.bordertelegraph.com/business/rss/…