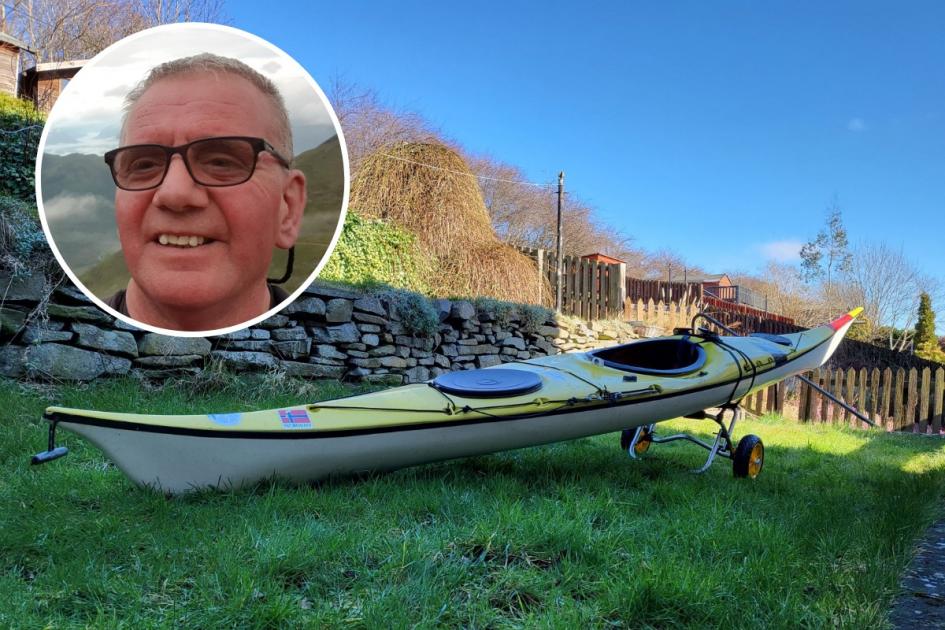 A GALASHIELS man hopes to raise enough money to help him fund a community music festival – by pushing a BOAT to the top of the Eildons.

But funds are needed to host the event.

So, the 63-year-old has set his sights on pushing a five-metre-long, yellow sea kayak, up the iconic ‘middle hill’ on August 28.

“I’ve always be a wee bit daft and up for a challenge.”

Bill, alongside his sons and other members of the community, will cover seven miles with the kayak as part of the challenge.

The events promoter has set himself the target of raising £5,000 for GalaFest, which is set to take place in the Public Park on September 10-11.

“I’ve been the parent worried about not being able to afford to go to things.

“People feel comfortable going to free things because they don’t have to worry about costs going up.”

Plenty of bands have been lined up for the festival – including local musicians as well as those from further afield.

The event will also feature fairground rides at reduced prices (£2.50 for big rides and £2 for smaller ones).

“It’s nice for everyone to have something to not worry about and escape reality for a bit.

“I’ve tried to create something good that could be built on in the coming years.

“I love music and my sons are all musical, there was always music in the house.

“There is a lack of stages in the Borders and if we can make something big it can be a showcase for local talent.”