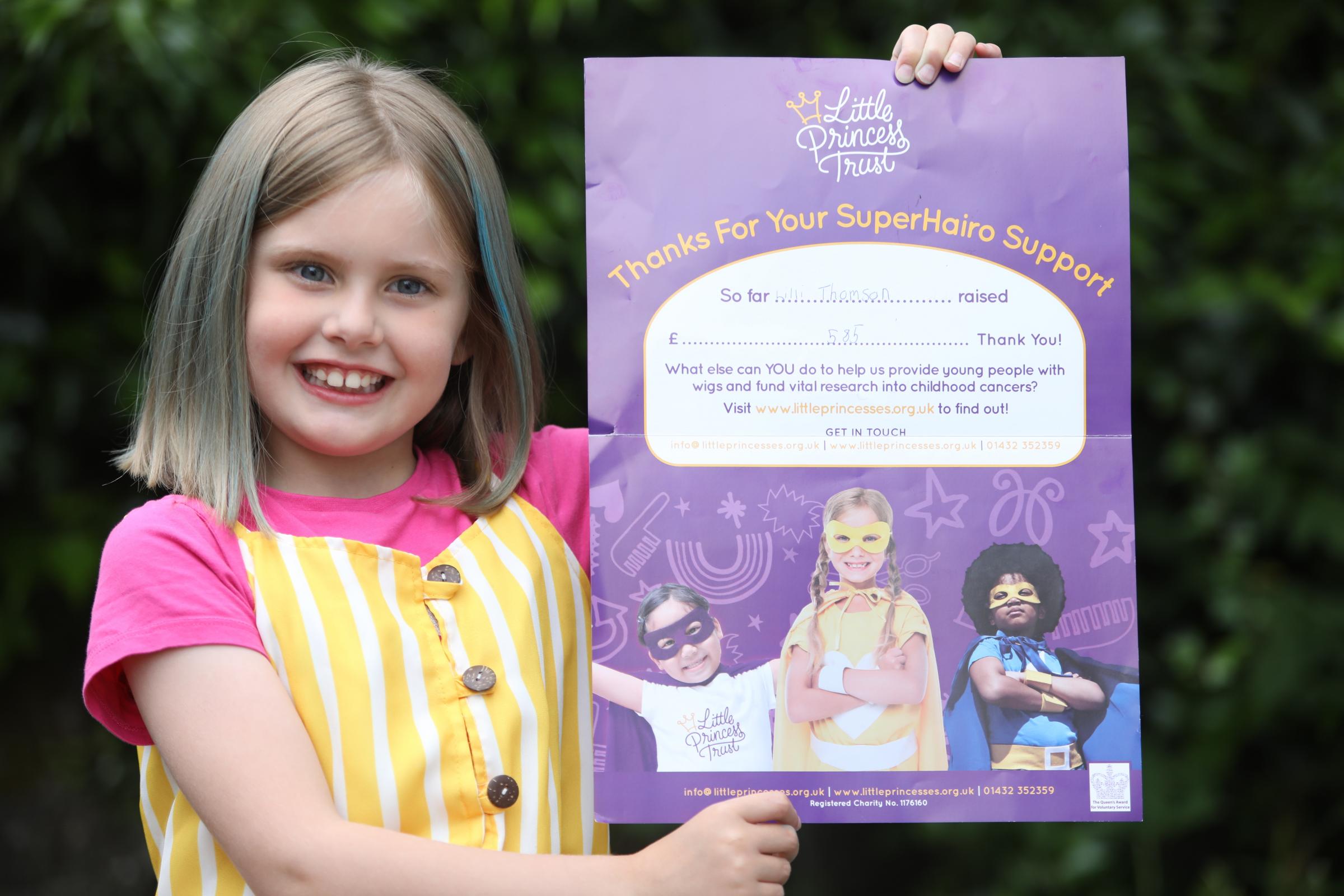 A KIND-HEARTED Borders girl has said that watching her grandparents battle cancer inspired her to donate her beautiful, long hair to charity.

Seven-year-old Lilli Thomson’s sweet gesture touched the hearts of family and friends and has resulted in her raising £700 for The Little Princess Trust.

After witnessing her granddad and granny go through cancer treatment over the last two years, Lilli, of Innerleithen, vowed to help the cancer charity which makes wigs for children and young people who have lost their hair to illness.

Last Friday, Lilli, whose hair was down to her bottom, piled her hair into a golden heart – and gave it to so someone who needed it more than her.

Lilli’s mum, Jade, told the Peeblesshire News that her daughter is delighted to have smashed her original target of raising £150.

“Lilli really wanted to help young people who are going through cancer treatment as she saw the impact it hand on both her grandparents who battled the illness,” said Jade. “She was determined to help and set her mind on donating her hair.”

The St Ronan’s Primary School pupil had never had her hair cut short, so having her long locks lopped off was a big change. “She’s always had long hair,” says Jade. “It is now shoulder length and she absolutely loves her new hairdo.

“She is so happy to have helped a young person by donating her hair. Her Dad and I are so proud, she’s such a caring little girl.”

And Lilli hopes her hair will make the person who receives it a little happier. “It’s nice to think that I will have made a little girl or boy smile when they are going through such a hard time – a little smile always helps make you feel better,” she said.