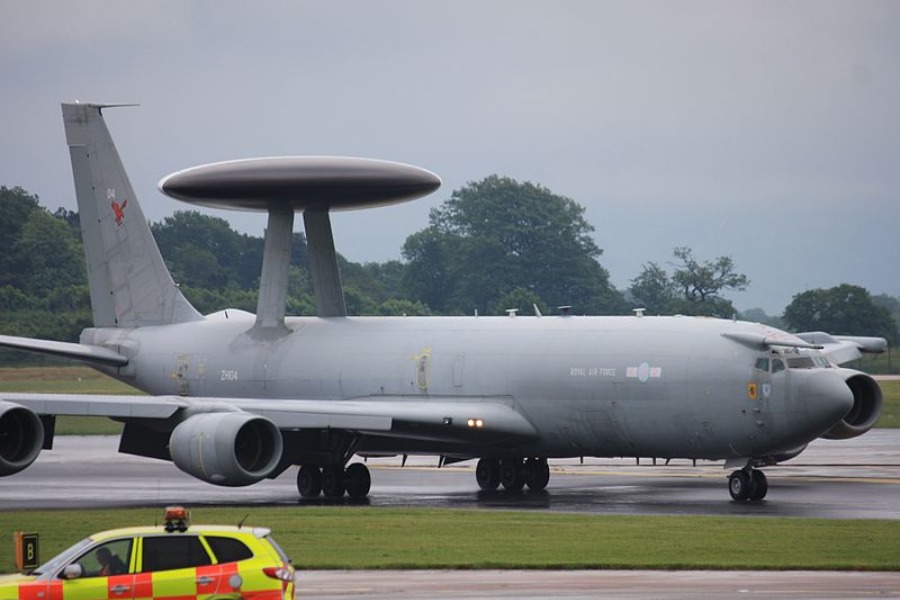 A ROYAL AIR FORCE plane worth over £200 million has been circling the Borders and Northumberland.

The aircraft, called the Sentry AEW1 (E-3D), was tracked passing over Jedburgh and Kelso on its loops today (Wednesday, December 9).

The Sentry AEW1 is described by the RAF as an “airborne early warning and common control aircraft”.

It appeared to do numerous loops of the Borders and Northumberland – its journey taking it over Northumberland National Park – before heading south towards Norwich.

According to the RAF, the aircraft’s antenna is covered by a “massive rotating radome” which is placed near the rear of the plane.

The Sentry is used by the RAF in the skies over Iraq and Syria as part of Operation Shader, which sees it play a key role in “deconflicting the airspace”.

Today, the plane took off from Humberside Airport at 10.09am and landed back at the site at 3.49pm.