The Scottish SPCA have revealed some of their most bizarre rescues undertaken during lockdown – including some swans, two very lost sheep and an acrobatic fox.

Scotland’s animal welfare charity cared for nearly 3000 wild animals during lockdown, releasing 700 back to the wild between March and the end of June.

In April, inspector Maggie Adkins rescued an injured lamb from the cliffs of North Tolsta on the Isle of Lewis.

Another was saved from a small cave behind a waterfall at Calderglen Country Park. And a very surprised motorist discovered a fox cub sleeping in their car engine in Dunfermline!

Elsewhere, two swans got themselves into a tight spot in Ayr after they were found trapped between a metal pipe and brickwork by a member of the public.

The birds were stuck tight, couldn’t move and were clearly in distress.

Scottish SPCA chief inspector Elaine Lindsay said: “The swans had somehow become trapped between a large metal pipe and the wall. We have no idea how they both managed to get stuck there.

“They were wedged in quite tightly but thankfully we were able to get them out and transport them to our National Wildlife Rescue Centre so they could receive the TLC they needed.”

Last month, the Scottish SPCA successfully reunited a lost sugar glider with its owner, after the small marsupial was found hanging from a towel pegged to a washing line on a balcony area four storeys high in Glasgow.

Animal rescue officer, Amy Stirton, said: “I’ve never come across a sugar glider in Scotland so this was a very unusual rescue! Sugar gliders get their name from the fact their diet is high in sweet foods such as nectar and pollen.

“They can also glide the length of a football pitch in one go due to their tiny webbed ‘wings’.

“Thankfully, after appealing to the public, the owner came forward. The sugar glider’s name is Mila and he was successfully reunited with his family members Chilli and Cuba.”

In another incident, a caller was decorating a bedroom when they started to hear noises from behind a wall. 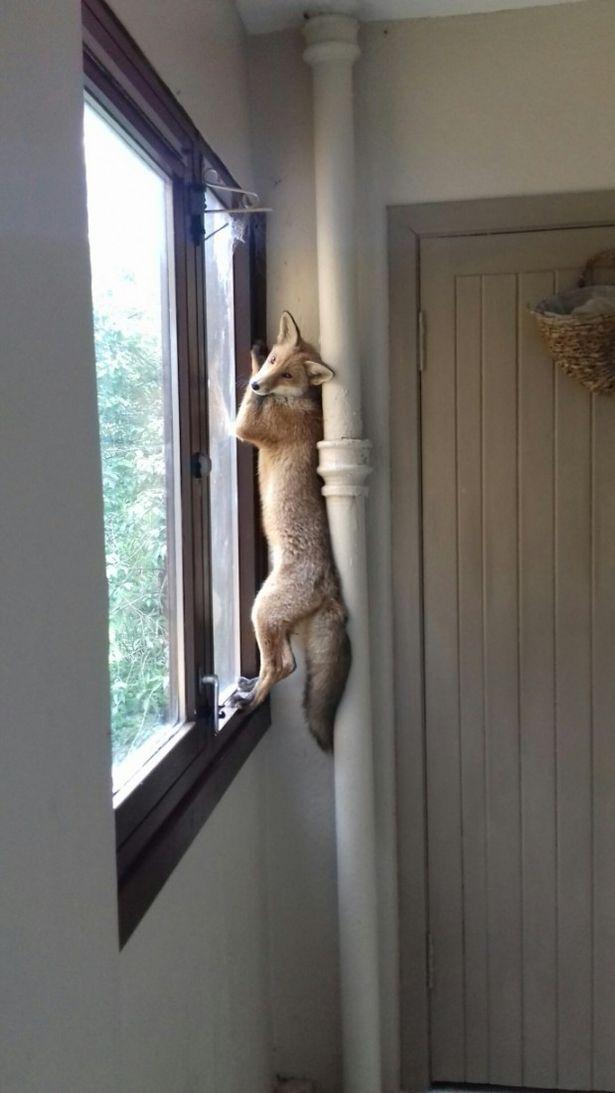 They ended up cutting a hole in the only wall they had papered and were astonished to find a gull had fallen down an old chimney and was wedged behind breeze blocks.

Animal rescue officer Eilidh attended and managed to free him.

After an examination to make sure there were no serious injuries, Eilidh took him home so he could rest in a cosy bed and be fed to get his energy up before releasing him.

The following day Eilidh released him on the beach of a seaside town where he enthusiastically returned to his natural habitat.

Elsewhere, the Scottish SPCA was contacted by a concerned member of the public who had found an osprey unable to fly on a path next to the River Teith in Deanston. 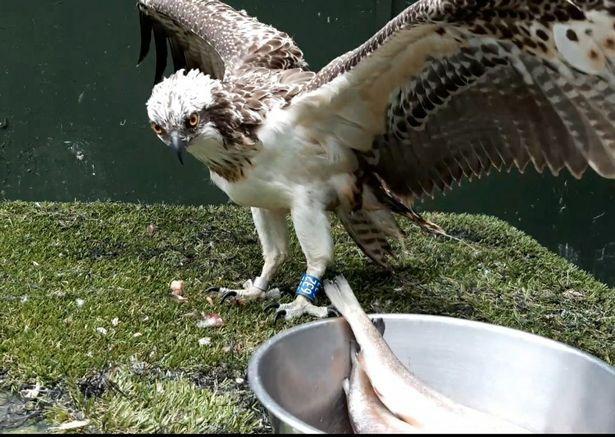 The osprey had no obvious injuries, but was whisked to the Scottish SPCA National Wildlife Rescue.

To round off the month, the charity were alerted to a fox taking a cat nap in the stairwell of a block of flats.

The caller opened their front door to find the fox curled up in a ball on a comfy door mat.

The caller tried to tempt it downstairs and back outside with food, but it panicked and ended up between a wall and a pipe.